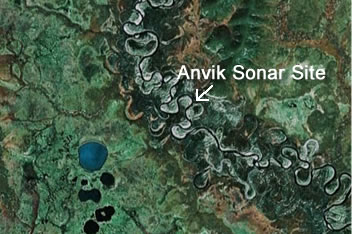 The Anvik River is a major tributary of the Yukon River and meanders through a broad floodplain. Conditions for monitoring salmon with sonar are at the site are favorable.